Everything you create in JobNimbus is tied to an ID number. The ID numbers default to start at 1,001, but they can be customized. These numbers can be seen in the information panel of the record, be it Contact, Job, Document, Task, or anything you create. Some ID numbers are visible to your Contacts, such as the ID number on the estimate or invoice.

Before we Get Into it

Write down how you need to format your ID numbers. If you need your Contact ID numbers to appear differently than your Job ID numbers, write down how each should appear. If you want a specific ID number to show with your Tasks, write that down.

To access your General settings, click on your name in the top right corner and select "Settings" from the drop-down menu. This will automatically open your General tab in Settings. Your ID Numbers are detailed in the drop-down next to Next ID, and can be customized below the number shown. 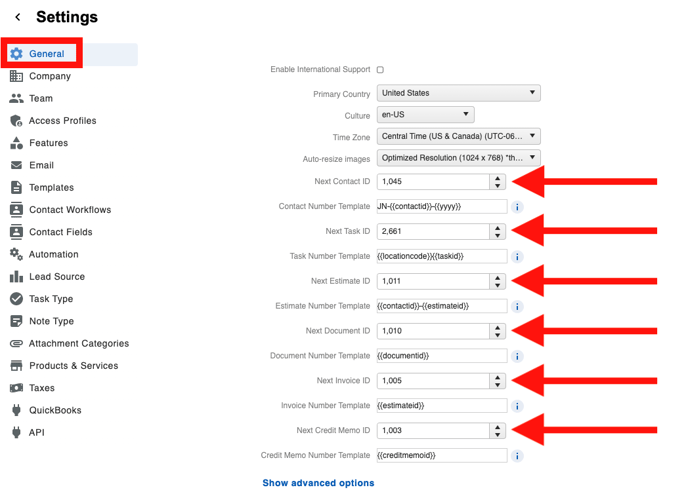 In the text field under each ID number, you can customize the ID using specific code:

If you want to choose your Job ID number every single time you create a Job, use the "Let me assign Job numbers manually" option in your General Settings.

Checking the checkbox, "Let me assign Job numbers manually" will remove the autogenerated Job number fields and allow you to choose a number when you create the Job in JobNimbus. 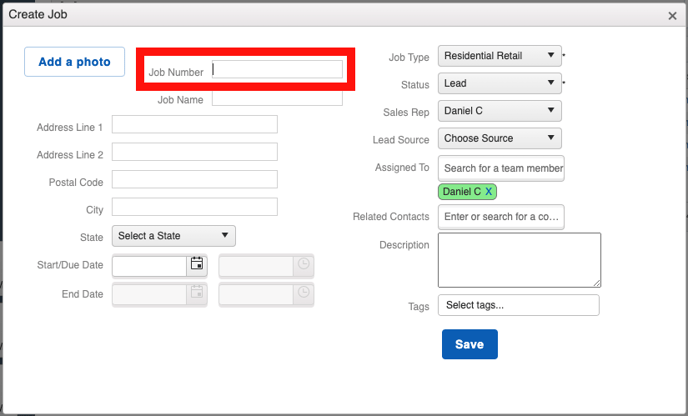 You cannot edit a current ID number, but you can edit the ID number for future records in your settings by following the codes stated in this article. Changing this number format will not update ID numbers for previous records.

Still have a few questions about setting up your ID Numbers? Contact Support at (855) 964-6287 or via email at support@jobnimbus.com.

Have a great idea to help us improve our ID Numbers? Recommend features and vote for requests at JobNimbus Feedback!