How Is the Average Deal Size – Sold Report Calculated?

This report helps you project revenue and track the health of your sales pipeline by calculating the average of all deals you make and have entered into your JobNimbus account.

The Average Deal Size - Sold Report averages the total amount of Estimates that are in the "Approved" or "Invoiced" Status under Contacts or Jobs that have reached the Sold Stage. 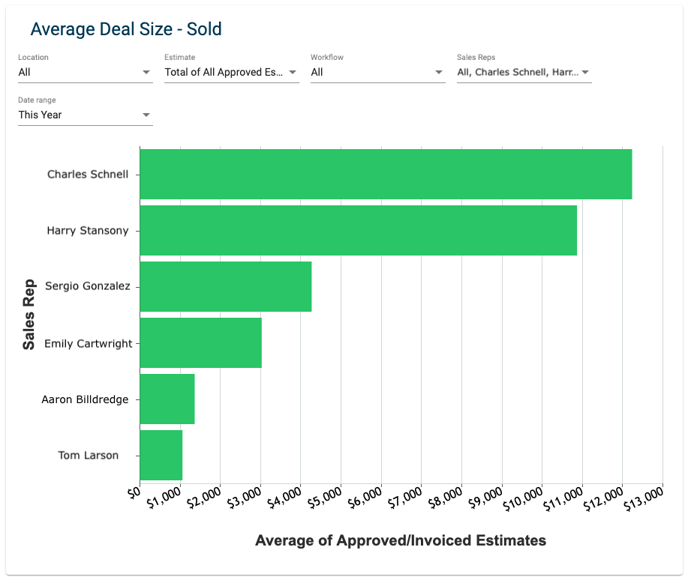 To customize this report, you can:

The Average Deal Size - Sold Report is based on the date a Contact or Job is moved into the Sold Stage.

Once a Contact or Job is “Sold”, all of its associated Estimates in the "Approved" or "Invoiced" Status are totaled up. That number is then divided by the total number of Contact or Job Estimates.

Based on the historical metrics, you can then determine how many deals are needed at each stage of the sales process and at which point. This allows you to forecast whether you are on-target or need to reevaluate a certain area of your process.